Bill is the Chairman of the Board, President and CEO of Kish Bank and its parent company, Kish Bancorp, Inc., Belleville, PA, a post he has held since January 1984. He has been with Kish bank since 1977.

In addition to his involvement with Mount Nittany Health Foundation, Bill is Co-Chair of the Banker Advocacy & Grassroots Committee of the American Bankers Association, which is comprised of 100 bankers and state association executives from all 50 states.  Bill is also member of the Board of Trustess of Juniata College and a board member of the Mifflin County Industrial Development Corporation.

Bill served on Mount Nittany Health Foundation's Campaign Steering Committee for the Emergency Department and he and his wife, Connie, have been generous donors.  Bill is a resident of State College and native to Mifflin County. 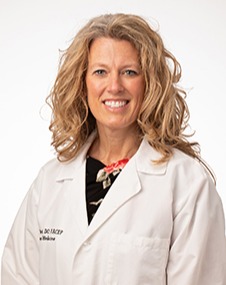 Dr. Kasandra Botti is an Emergency Medicine physician at Mount Nittany Medical Center, employed by Centre Emergency Medical Associates, a position she has held since 2003. She also serves as a Flight Physician for Geisinger’s Life Flight Services, and has held an appointment as Clinical Assistant Professor of Emergency Medicine at Penn State College of Medicine for the past two years.

Administratively, she serves as Medical Director for Mount Nittany’s Department of Emergency Medical Services and as Command Facility Medical Director for Mount Nittany Health. Dr. Botti is Board Certified in Emergency Medicine and holds a pre-hospital physician license, as well.  She is certified as an instructor/provider of Advanced Cardiac and Pediatric Advanced Cardiac Life Support. Dr. Botti received her medical degree at Lake Erie College of Osteopathic Medicine in Erie, and completed her internship at Conemaugh Memorial Medical Center, Johnstown. She completed her residency in Emergency Medicine at Geisinger Medical Center in Danville.

Dr. Botti is a donor to Mount Nittany Health Foundation, has served on a Charity Ball committee three times, and currently serves on both the Steering Committee for the Campaign for Emergency Medicine and the Medical Staff Catastrophic Health Fund fundraising committee. Dr. Botti and her husband, Erich Kessinger, live in Boalsburg with their two children.

John E. Carder is a 1969 graduate of Clemson University. After furthering his studies at Temple University School of Dentistry in 1974, Dr. Carder served as captain of the U.S. Army Dental corps in South Korea and Fort Meade, Maryland between the years of 1974-1976. Dr. Carder has been practicing dentistry in central PA since 1976 and offers patients the most current advances in technology to maintain optimum dental health.

Dr. Carder and his wife Debbie have been very active in the State College community. He is a board member of Penn State’s Centre Stage, has volunteered at the Mount Nittany Health Golf Classic and a Mount Nittany Medical Center Charity Ball Committee member. Along with volunteering his services in the community, Dr. Carder is also a part of professional organizations since 1976 he has been a member of the American Dental Association, Pennsylvania Dental Association, Seventh District Dental Society, and the Centre Dental Society and remains as an active member.

Mike Hawbaker serves as Executive Vice President of Glenn O. Hawbaker, Inc., a provider of heavy construction services and products founded as a family business in Centre County in 1952. Mr. Hawbaker serves on a number of construction industry boards and has been a director of Penns Woods Bancorp, Inc. and its subsidiary, Jersey Shore State Bank since October 2007. Michael’s wife, Melissa, has been an active member of the Mount Nittany Medical Center Annual Charity Ball committee, and served as chair of the committee in 2017.

Kustanbauter received many accolades for her work in development. In 2000 she received the Fund Raiser of the Year Award given by the National Association of Athletic Development Directors for her significant contributions and dedication to that profession.  That same year, she also received the Ridge Riley Lions Pride Award by Penn State’s Division of Development and Alumni Relations. Most recently she was named Renaissance Honoree by Penn State, and served on the Athletic Volunteer Committee for Penn State’s $2 billion campaign.

Kay volunteers regularly in the Gift Shop at Mount Nittany Medical Center, and serves on the Golf Classic Committee for the Foundation. 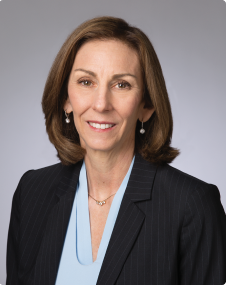 She has held Board member appointments with several organizations, including local chapters of the American Red Cross, United Way, and other healthcare-related community groups where she has previously worked.

Thomas J. Taricani is a certified public accountant and principal at Boyer & Ritter LLC. Taricani has lent his expertise to Mount Nittany Health's Finance Committee, serving continuously on the committee since 2007.

Paul Tomczuk is President of R.H. Marcon, Inc., a commercial roofing and sheet metal contractor located in State College.  Originally from Danbury, CT, Tomczuk earned his undergraduate degree in civil engineering from Penn State in 1985 and his law degree from the Penn State Dickinson School of Law in 1998.  He spent nearly two decades practicing law with the State College law firm of McQuaide Blasko before becoming an owner of R.H. Marcon, Inc.  In his role as President, Paul is responsible for leading the organization and enhancing and improving a company that has long been viewed as Central Pennsylvania's premier commerical roofing contractor.  Tomczuk currently serves as chair of the board of directors of the Central PA Chapter of Associated Builders and Contractors and was recently appointed President of the board of the Penn State Hoops Club.  Tomczuk is a past president of the State College High School Booster Club and was a long-time member of the State College Little League organization.  Tomczuk also is a member of the State College Quarterback Club board of directors, as well as Mount Nittany Health Golf Classic Committee.  His interests include golf, fly fishing and baseball.  He is married to Jami, with whom he resides in State College, and has two children, Abby and Matthew.

Ted Ziff, MD joined the Foundation board July 2017 serving as the Mount Nittany Health board representative to the Foundation board.  Dr. Ziff is a board-certified emergency medicine specialist with Centre Emergency Medical Associates, practicing for 39 years. 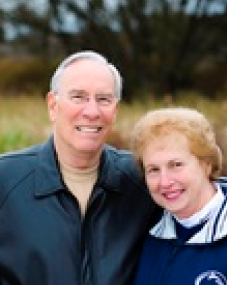 Ned Book is retired chairman and CEO of Hershey Entertainment and Resorts and former president and chair of the Travel Industry Association of America, a non-profit trade organization that represents and speaks for the common interests of the $740 billion U.S. travel industry.

Ned serves our community in many capacities, including as a SCORE volunteer, providing free and confidential advice to small businesses. He was a member of Mount Nittany Health Foundation's Steering Committee for the $12.5 million Commitment to Distinction campaign.

Ned has been named a Distinguished Alumnus by Penn State, which is the highest honor bestowed upon Penn State graduates by the University, and has received many other wards for service to his university and community.

Mimi Barash Coppersmith of State College is chairperson and founder, along with her late husband, Sy, of the State College-based advertising and publishing firm, Barash Media. Barash Media includes four divisions and has offices in three cities.

Ms. Coppersmith has served our community in many capacities, including stints as President of the Central Pennsylvania Festival of the Arts, Campaign Coordinator for Centre Lifelink's capital campaign, Palmer Museum of Art Advisory board member, and Chair of the capital campaigns for the Women's Resource Center and Hemlock Girl Scout Council.

She has been named a Distinguished Alumna by Penn State, which is the highest honor bestowed upon Penn State graduates by the university. She served seven terms as a Penn State Trustee, including two years as the first woman board chair. She continues to be active with many University programs, including serving on the board of the Milton S. Hershey Medical Center, and has been honored as a Renaissance Person of the Year by the University. She served on the Steering Committee for our Commitment to Distinction capital campaign.

Richard H. Dixon of Bellefonte is a retired internal medicine specialist with a focus on hematology and oncology. Dr. Dixon completed his medical education, residency program and hematology/oncology fellowship at Duke University Medical Center in Durham, North Carolina. He is certified by the American Board of Internal Medicine and the American Board of Hematology.

In 1997 Dr. Dixon received the first clinical practice award from the American College of Physicians, recognizing over two decades of outstanding service and dedication to his patients, community and colleagues. Several years later, he and Barbara Gutch, RN, CNO, a certified oncology nurse, were nominated as Heroes in Health Care, a recognition program sponsored by the Hospital Association of Pennsylvania (HAP). Further, Dr. Dixon led our cancer program to national prominence by helping us to achieve accreditation and subsequent distinction by the American College of Surgeons Commission on Cancer (CoC).

Dr. Dixon served as principal investigator on many of the clinical trials available at Mount Nittany Medical Center focused on the prevention and treatment of cancer. He was a member of the executive committee of the Penn State Cancer Institute and was a Clinical Professor of Medicine at The Penn State College of Medicine. Dr. Dixon was recognized as a diagnostician and networked with many cancer treatment and research centers. He was, and continues to be an advocate for rural health initiatives.

Dr. Dixon served on the Steering Committee for the Commitment to Distinction campaign for Mount Nittany Medical Center. 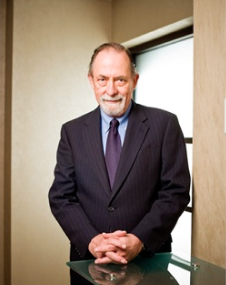 John Dutton is professor emeritus of meteorology and dean emeritus of the College of Earth and Mineral Sciences at The Pennsylvania State University. Dr. Dutton holds B.S., M.S. and Ph.D. degrees from the University of Wisconsin–Madison and served for three years as an officer in the Air Weather Service of the U.S. Air Force. He is a fellow of the American Meteorological Society (AMS) and the American Association for the Advancement of Science. He is President of Prescient Weather Ltd., a firm that provides information to assist firms in the management of risk and opportunity that arises from the variability of weather and climate.

Dr. Dutton has been active in the AMS, the University Corporation for Atmospheric Research, and in National Academy of Science studies related to atmospheric science, space science, and aviation. He chaired the National Research Council Board on Atmospheric Sciences and Climate while it produced the report, The Atmospheric Sciences Entering the Twenty-First Century, and, most recently, chaired an academy committee that produced a report, "For Greener Skies – Reducing the Environmental Impacts of Aviation."

Dr. Dutton served as a Trustee of Mount Nittany Medical Center for 12 years and recently served as Vice Chair of the Board. He served on the Steering Committee for our $12.5 million Commitment to Distinction campaign. 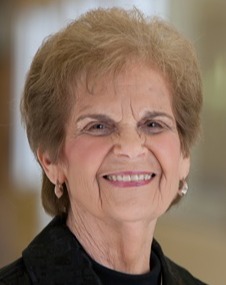 Long-time State College resident Eileen Leibowitz has held leadership roles with many local organizations, including the League of Women Voters, the Jewish Community Council and the Faculty Women's Club. She managed the campaigns of candidates running for the State College Borough Council, the State College Area School Board and the Pennsylvania Legislature. She was the first woman to be appointed a public member of the Pennsylvania State Board of Optometry, and she spent nearly a decade on the advisory council for Penn State's Center for Performing Arts. She also served on the boards of the Friends of the Palmer Museum and the Hillel Foundation for many years.

Eileen and her late husband, Herschel, were named the 2003 Renaissance Couple of the Year and in the same year were named honorary chairpersons of the Palmer Museum of Art Gala. Eileen also was the recipient of the Distinguished Service Award from the Center for Performing Arts.

Eileen served on the Steering Committee for the Commitment to Distinction campaign for Mount Nittany Medical Center and is co-chaired biggER.smartER.bettER, the Campaign for Emergency Medicine.

814.234.6777
To contact The Foundation, please call us or send us an email to foundation@mountnittany.org.